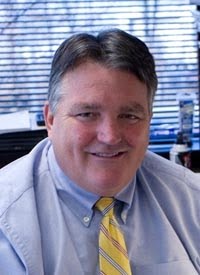 Ever wonder why normal-sized, beautiful women put up with all of those high-fashion ads which seem to worship 78-pound skin-and-bones models? Apparently the reason is that ads featuring those models sell more stuff than ads featuring beautiful, normally-portioned females. Go figure.

A study conducted by business professors at Villanova University and at The College of New Jersey (TCNJ, formerly Trenton State College) found that ads that featured these undernourished waifs actually made women feel worse about themselves, but, astoundingly, worked better at selling the advertiser's product. The study was reported in the July 30 issue of AdvertisingAge.

How could that be? An ad that makes you feel rotten about yourself makes you buy more stuff from the company that has just, in effect, insulted you?

"The really interesting result we're seeing across multiple studies is that these thin models make women feel bad, but they like it," said Jeremy Kees, a business professor at Villanova.

But perhaps there is a glimmer of hope for us as a species after all.

The same story tells us that the now famous Dove Campaign for Real Beauty has already reached 4.5 million people. A Dove spokesperson hits the nail on the head as far as I am concerned.

His quote: "We believe women have the right to feel comfortable with their bodies and not suffer from lack of self-esteem brought on by images of excessive slimness."

What do YOU think? I'd be very interested in hearing opinions on the subject.
Posted by John Lonsdorf at 4:21 PM No comments:

Just WHO won that war anyway?

So, I was watching the Mets play the Cincinnati Reds, and Jerry Manuel went out to make a pitching change. My daughter (a recent college grad -- CONGRATS AGAIN!) grabbed the remote to flip on a show called "So You Think You Can Dance," a show that, it seems, is going to identify for us America's next great dancer.

Well, the cute host has a British accent. And (go figure) one of the "judges" is also a Brit.

It got me thinking: If one of our Founding Fathers came back to modern day America, and was watching one of the seemingly endless array of "reality TV" shows, they'd have to wonder if we actually LOST the Revolutionary War.

Why is it that America can't decide who our best singer, dancer, comedian, entertainer, etc. is without the "help" of some (usually curmudgeonly) British person?
Posted by John Lonsdorf at 9:27 PM No comments:

We hold these truths to be self-evident

"We hold these truths to be self-evident, that all men are created equal, that they are endowed by their Creator with certain unalienable Rights, that among these are Life, Liberty and the pursuit of Happiness."

We all know those poignant words from the Declaration of Independence. If you haven't read through this beautifully-composed, incredibly important document in some time, it is well worth a re-read -- especially if you haven't thought much about it since high school.

Happy 4th of July.
Posted by John Lonsdorf at 10:25 PM No comments: